The Pipe Flow Module is used for simulations of fluid flow, heat and mass transfer, hydraulic transients, and acoustics in pipe and channel networks. It can be easily integrated with any of the other modules in the COMSOL® Product Suite for modelling the effects piping has on larger entities, such as cooling pipes in engine blocks or feeding and product channels connected to vessels. This allows for the conservation of computational resources in your overall modelling of processes that consist of piping networks, while still allowing you to consider a full description of your process variables within these networks. Pipe flow simulations provide the velocity, pressure, material concentrations, and temperature distributions along pipes and channels, while it can also simulate acoustic wave propagation and the water hammer effect.

The Pipe Flow Module is suitable for modelling incompressible flow in pipes and channels whose lengths are large enough that flow can be considered fully developed. With this assumption it uses edge elements, solving for the tangential cross-section averaged velocity along the edges, to avoid meshing the cross section of the pipe with a full 3D mesh. This means that the modelled variables are averaged in the pipe's cross sections and vary only along the length of the pipe. Built-in expressions for Darcy friction factors cover the entire flow regime including laminar and turbulent flow, Newtonian and non-Newtonian fluids, different cross-sectional shapes or geometries, and a wide range of relative surface roughness values. These can be varied according to their position in the network, or directly related to the variables you are modelling.

Friction is not the only contribution to pressure loss in pipe networks. The Pipe Flow Module also considers the effects of bends, contractions, expansions, T-junctions, and valves that are computed through an extensive library of industry standard loss coefficients, while pumps are also available as flow-inducing devices. As with any physics interface in the COMSOL Product Suite, you can freely manipulate the underlying equations, add your own source or sink terms, and express physical property as functions of any model variable. COMSOL Multiphysics® also allows you to bring in data to describe a certain material property or process parameter, as well as subroutines written in MATLAB®.

Cooling of a steering wheel injection mold: Non-isothermal pipe flow is fully coupled to the heat transfer simulation of the mold and polyurethane part. 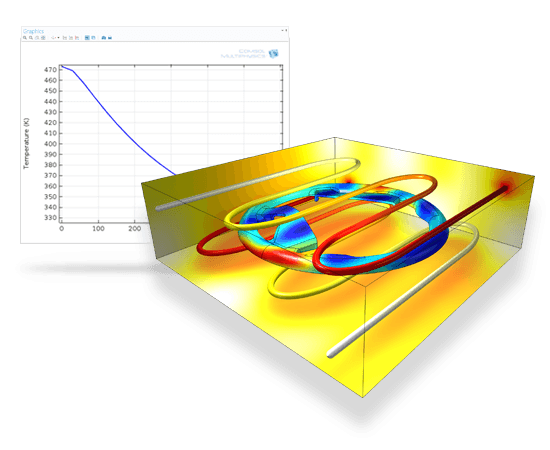 The Pipe Flow Module features a number of physics interfaces for the simulation of pipe flow and processes dependent upon it:

Coupling Pipe Flow to Other Physics and Applications
Physics for Water Hammer Analysis and Pipe Acoustics
Pipe Flow Simulations Great for Many Types of Industries
The physics in the Pipe Flow Module describe the conservation of momentum, energy, and mass in the fluids inside a pipe or channel system. These systems can easily be coupled to other systems that cannot be described using the approximative methods in the Pipe Flow Module, but require a full description of the system's physics in 2D or 3D. The Pipe Flow Module allows the mapping of data from edges, to surfaces, and to volumes, and vice versa. This means that the flow or heat transfer in a pipe network can be coupled to that occurring in, for example, a fully-meshed 3D vessel, and solved simultaneously. Furthermore, as with all physics-based products in the COMSOL Product Suite, this coupling can occur between different physics formulations, so that a property like thermal stress can be just as easily solved, for example thermal stresses in an engine block equipped with cooling channels.

The Pipe Flow Module features specific tailor-made physics interfaces for modelling heat and mass transfer and chemical reactions. The pipe network can be embedded in, for example, a 3D solid domain. In the case of heat transfer, the module computes the energy balance in your pipe systems including the contributions from the interaction with the 3D domain, which are expressed as sources or sinks in the pipe equations. This is automatically done under the hood by activating the interaction with 2D or 3D solid material in the graphical user interface (GUI), where you can also select from the available correlations for forced and natural convection to the surrounding environment, pipe materials, and pipe wall thicknesses that are included with the Pipe Flow Module. The material transport-based physics interfaces solve a mass balance within the pipe system and, while being coupled to the description of the pipe flow, also consider diffusion, convection, dispersion, and chemical reactions. 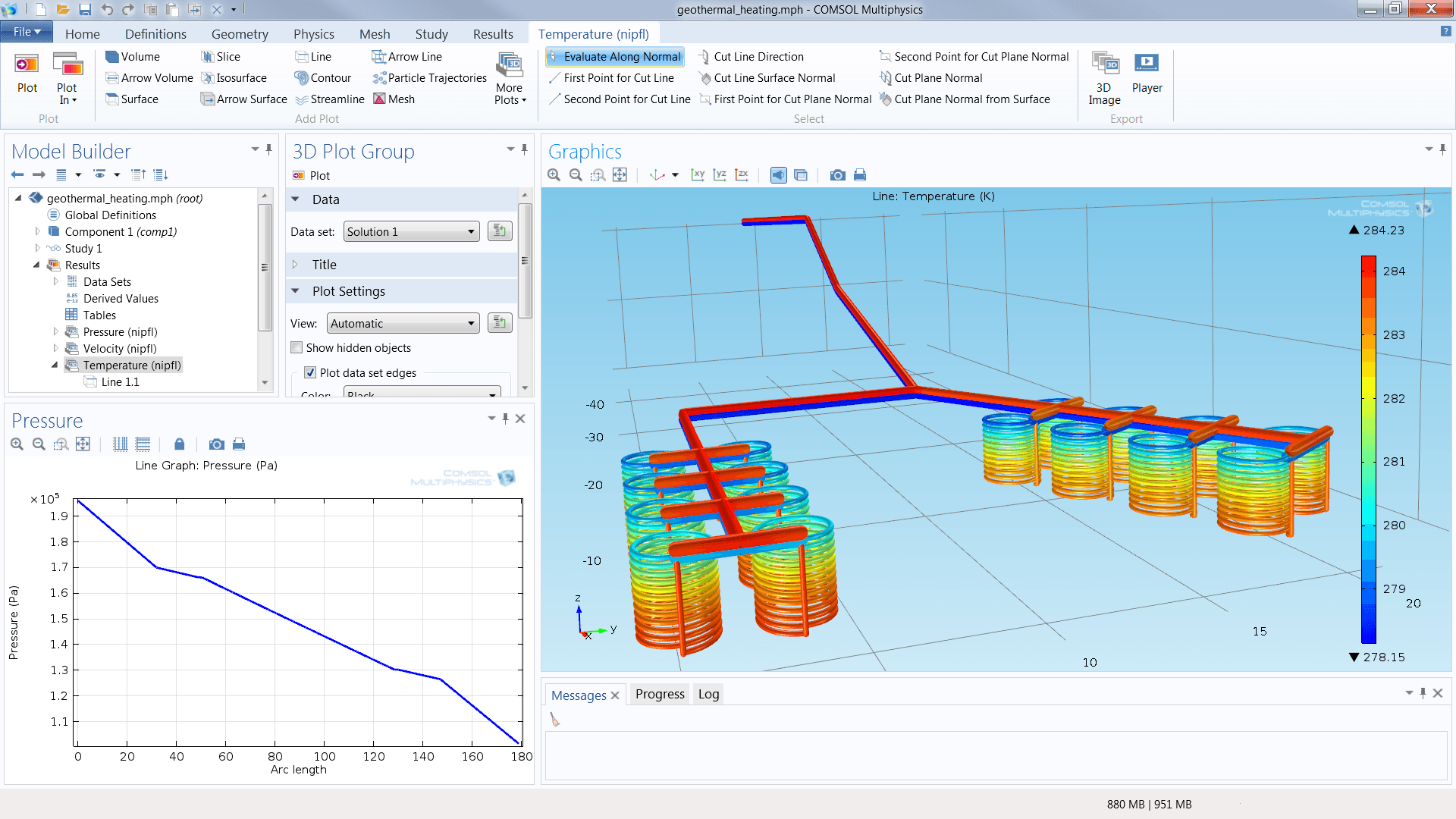 The Pipe Flow Module models compressible flow brought about by rapid hydraulic transients, through taking the elastic properties of both the fluid and high wall into account. These effects can occur through the rapid closing of the valve, and are known as the water hammer effect.

The propagation of acoustic waves along flexible pipes is also a contributing factor to the design, planning, and building of these networks. When combined with the Acoustics Module, the Pipe Flow Module is able to perform acoustics analyses in both the frequency and time domains. Once again, the physics that are solved for in the Pipe Flow Module can be seamlessly coupled to any other physics within the pipe network, and any physics in the system surrounding the network. 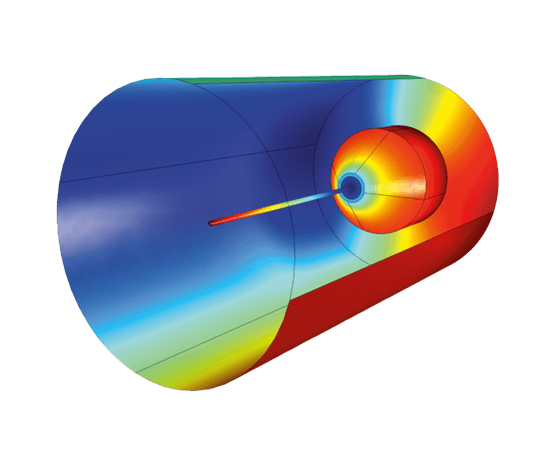 The Pipe Flow Module is appropriate for modelling all types of pipe and channel networks where flow, mass and heat transfer, and acoustic waves travel. This includes the piping systems of chemical and process industry plants, power stations, refineries, petroleum and water in pipelines, ventilation systems, and cooling systems in engines and turbines. Furthermore, it is a great addition to the modelling that you perform using COMSOL Multiphysics and its suite of add-on products. This includes optimising intricate and integrated cooling systems in turbines, moulds, casts and heat exchangers, planning ventilation systems in buildings, and designing geothermal heating systems. 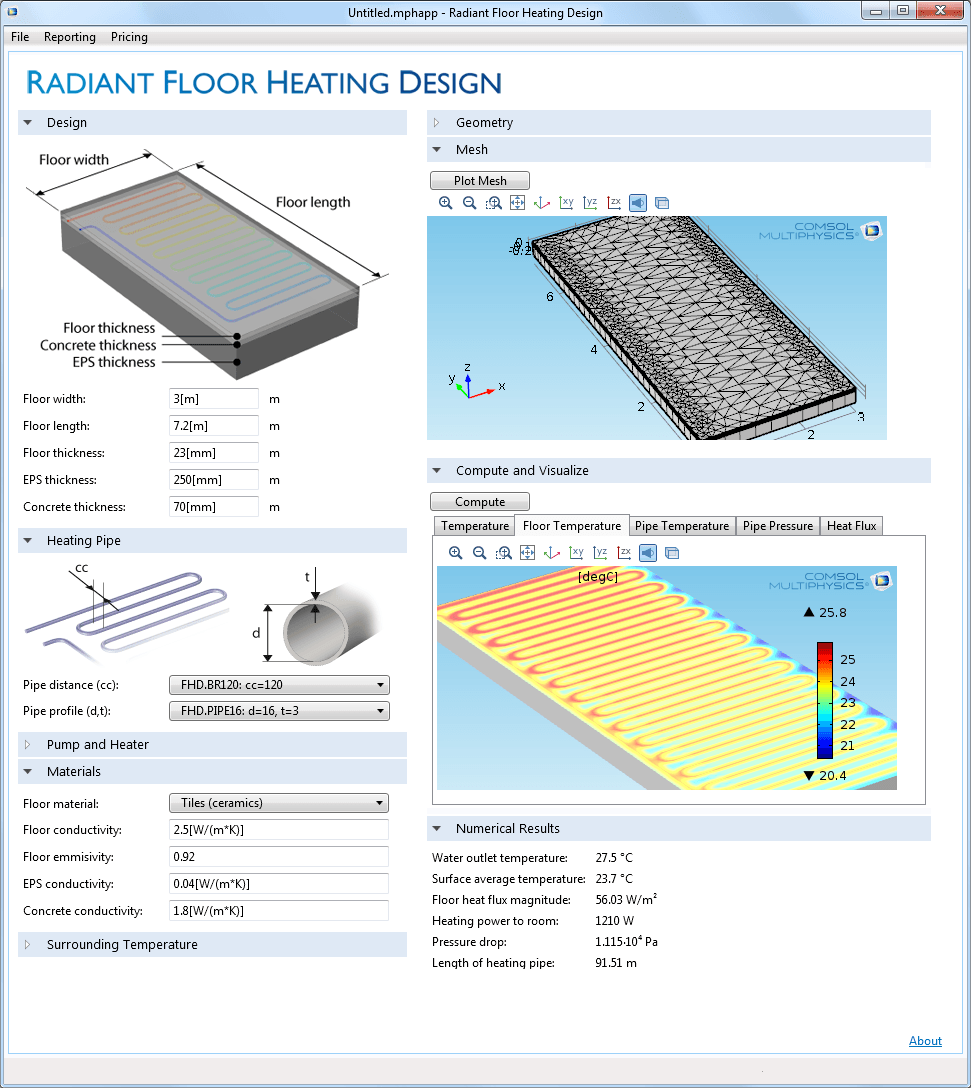 Heat transfer occurs through conduction, convection, and dispersion, and must take into account the different conductivities that occur between the solid and fluid phases. In many cases, the solid phase can be made up of differing materials with different conductivities, and there can also be a number of differing fluids. Mixing rules are provided for calculating the effective heat transfer properties in the Heat Transfer in Porous Media interface. This also contains expressions for heat dispersion due to the nature of the porous media, as well as a term for the background geothermal heating. Dispersion is caused by the tortuous path of the liquid in the porous medium, which would not be described if only the mean convective term was taken into account. 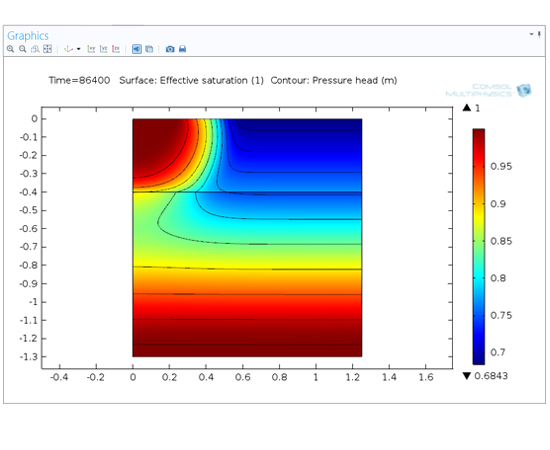 Compaction and subsidence modeling is enabled by a very powerful physics interface for poroelasticity. The Poroelasticity interface combines a transient formulation of Darcy’s law to a linear elastic solid mechanics of the porous media matrix. The poroelasticity coupling means that the fluid flow affects the compressibility of the porous medium, while changes in volumetric strains will in turn affect the momentum, material, and heat transport. This interface includes an expression of the stress tensor, as a function of the strain tensor and the Biot-Willis coefficient. 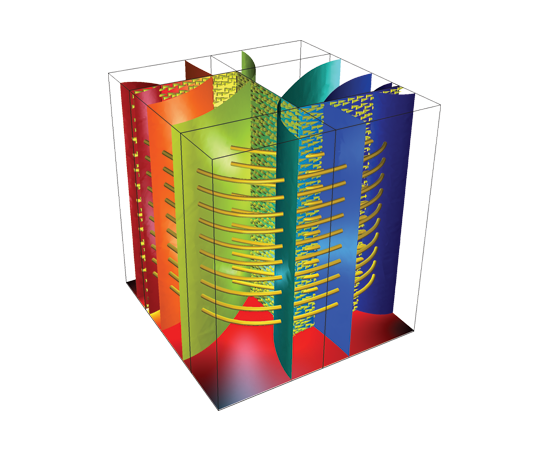